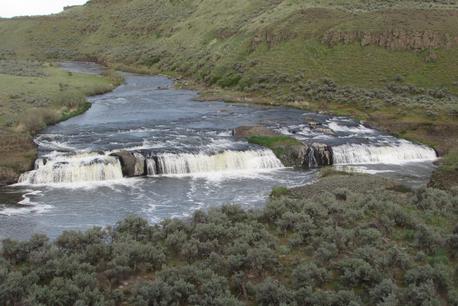 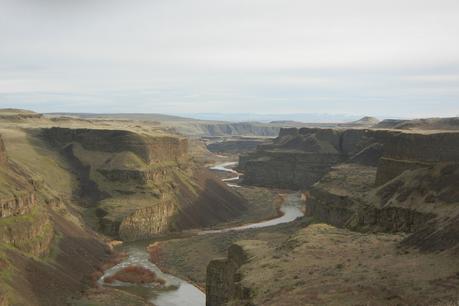 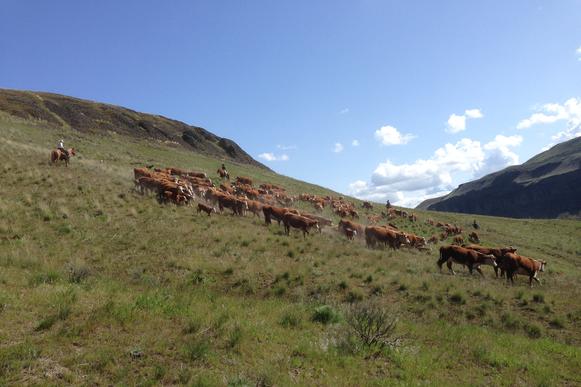 ​Running O Horsemanship is owned and operated by Dusty Roller and Terri Harder in picturesque Hooper, on the eastern side of Washington State. They breed and train American Quarter Horses, Hereford cattle and working Border Collie dogs.
​Dusty Roller was born in Odessa, WA, and was raised on a cattle ranch with his two younger siblings, working with their father raising cattle, riding horses and wheat harvesting. After graduating from Odessa High School, Dusty attended farrier school in Cody, Wyoming, and shortly after completing the course started his own business shoeing horses. He always had a passion for training horses and after attending a Buck Brannaman colt-starting clinic in 2001, Dusty stopped shoeing for clients and went into horse training full-time. He further his education by attending Richard Caldwell's Vaquero Horsemanship and more clinics with Buck Brannaman and Curt Pate.
​In 2008, Dusty was one of only three trainers from Washington chosen to participate in the "Extreme Mustang Makeover" in Fort Worth, Texas. (See video bottom right). As per the challenge guidelines, Dusty had 100 days to train a previously unseen and untouched wild mustang, and he placed an impressive 9th out of 200 contestants.
Terri Harder (Shaw), was born in Caldwell, Idaho and grew up on a registered Hereford cattle ranch with her two younger siblings, raising and showing cattle and riding horses. After graduating from Caldwell High School, Terri remained on her parents' ranch getting invaluable experience assisting in all aspects of the cattle operation, including bookkeeping, management and more. In 1995 Terri married her late husband Eric Harder and moved to Eastern Washington where they had three children while working cattle and wheat farming. After her husband's passing Terri joined forces with Dusty and together they moved to Hooper, forming Running O Horsemanship LLC. and developing their AQHA and Hereford breeding programs. Dusty's two children from a previous marriage also help on the ranch when not in school.
​